PARKINSON – A CURE AROUND THE CORNER? 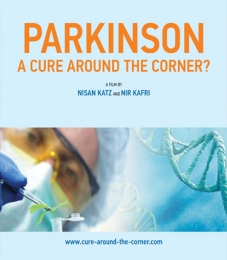 Parkinson is a disease with no significant progress in finding a cure. Then, you discover there is a cheap and accessible drug that no one knows about and doctors don’t prescribe. You want to find out why and you discover it is Big Pharma that places the hurdles. Here is the story of a group of patients trying to revolutionize the system.

Journalists have rarely faced such a sustained attack as they do today, even in western democracies. Everywhere governments, security services, criminal organizations and corporations regularly target journalists for the “crime” of “speaking truth”. In an era of “fake news”, with government and corporate power nearly unchecked, a free, unfettered, fearless press has never been more important. Journalists who expose secrets that the powerful try to hide are unsung heroes. They tell us the truth others are afraid to tell. Most remain little known, as they work in secret to avoid drawing unwanted attention. This series brings us the stories of those who dug up secrets, risked their lives, offended the powerful, and conquered their fear to break the stories that mattered. They pay a high price; their families are threatened; their careers destroyed; and in some cases, they were brutally murdered. Some stories you may have heard of. Others will be a revelation. The search for truth is never straightforward, and our storytelling will reflect that. Dangerous Truth reveals the danger, soul-searching, the courage and the occasional lucky break.

Journey to Nunavut Every 10 years, the icebreaker Amundsen, becomes a high-tech medical clinic and makes a journey north, from town to town along the rugged coastline of northern Quebec to investigate and study the health of the Inuit all across the region of Nunavik. On board is a young Inuit woman – Alicia Weektaluktuk – who left her home years ago for a new life in Montreal. She is our guide and narrator aboard this ultra-sophisticated boat with the varied crew of doctors, nurses, and medical researchers, on a journey to rediscover the community she left so many years ago. For her, the trip is particularly poignant: Alicia lost her sister to suicide and her relationship to her native home is filled with complex emotions. 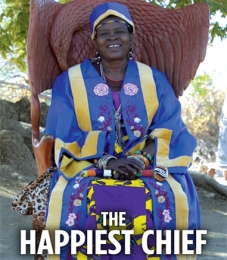 When Theresa Kachindamoto became chief of Malawi’s Dedza district in 2003, she was a college secretary happily married and mother of five sons. Arriving in her native district she was distressed to find local practices like sexual initiation rituals and arranged child marriages. When she accepted her new position Kachindamoto decided to dedicate herself to the fight for women’s rights and to improve the conditions of the 900.000 people living in 551 villages across Dedza. Kachindamoto strongly believes that education is the key for the future of her country. She therefore fights diligently against arranged child marriages and initiation rituals. Over time she became known as the ‘terminator’ of arranged marriages. Up to now she has dissolved more than 2,000 arranged marriages, while encouraging parents to send their girls back to school. Her mission is to guarantee every child the right to education, to eradicate sexual rituals, end arranged marriages and stop the spread of AIDS. Always upbeat and full of energy, Kachindamoto proclaims that “Only when I achieve this, will I be the Happiest Chief.”